Guest Post: Edmond Manning & The Music of the Lost And Founds

I was blown away when I was asked if I'd be willing to host my friend, Edmond Manning for one of his King John book tour blog stops. Of course - I would love to host him! I love Edmond and I'd do anything for him! (Except give him my PIN# - he really needs to stop asking...) Heck, he can take up permanent residence here if he wants to - Irish Spring and all!

I'll have to give you all a disclaimer, though: I have yet to read King John - not even a single excerpt - but there's a very good reason. There are a few authors - less than five - for whom I have to set aside time to read their stories. I don't want to just pick up their book and read it when I have a few minutes. I want to "experience" every, single moment and every, single word.  Edmond is one of those authors.

I'm saving King John for a cold, rainy, fall day, with maybe a fire in the fireplace, a cup of mulled cider and nothing on the agenda but reading. So, I'm excited to be able to still take part in all the hoopla surrounding the release of this much-awaited next chapter in Vin Vanbly's story - and thrilled to get to revisit all my old favorites, like Perry and Mai through song.

Without further ado, I'll shut up and let Edmond take it from here. You're in for a treat.
~Jaycee Edward 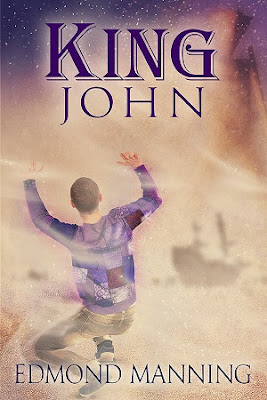 The Lost and Founds: Theme Songs

I admit, I get a little fixated. Okay, sometimes a lot fixated. I often need the right music to feed some artistic direction I’m feeling. If I were a great oil painter, my brush would fly furiously around the canvas while I was inspired by great classical music. But painters are cool, and I’m busy developing a writer’s stiff neck and hunched-over back.
See? Not cool.
But I listen to music that is integral to the story I’m writing. If you liked The Lost and Founds, I thought you might enjoy knowing some of the tunes that tickled my ear while I was typing madly, dancing in my chair, having fantasies of swiping the color red hard across a bone-white canvas. Enjoy some of these musical stylings.

Theme song to The Lost and Founds: “Lolita” by Alizée

https://www.youtube.com/watch?v=qtAPPvmz7hY
You’re going to have to grant me a little artistic license on this one, because this song is literally about a young girl named Lolita, the same child-molestery-named character written about by ex-Russian novelist Vladimir Nabokov in his famous book. Ignore the video’s crazy plot (a country girl goes dancing in a night club).
Listen.
The sultry, swoony beat, the sexy sneaking around inherent to the song…it’s Vin’s song, stalking men he loves. It’s brooding and chill and lovely. Whenever I needed inspiration for one of the king stories, I would go for a walk and listen to this song. It’s magic. I always felt so groovy listening to it, I would relax, and ideas would come.
Not being able to translate or understand the words was an advantage, because I could invent whatever meaning I wanted. I love the smooth beat, the raw seduction in the song…seducing the reader as Vin seduced his would-be kings.

King Perry theme song:  “In The Beginning” by K’naan

https://www.youtube.com/watch?v=uq0pygjQK74
According to my iPod, I have listened to this song 800+ times. (This does not include the number of times I listened to it in my car, which is probably another 400+ times. Who listens to a single song 1200 times?

I would listen and think about details from the novel…this was my “think about Perry” song. “In the Beginning” is the closest this novel has to a theme song as he sings his crazy/jubilant song about The Lost and Founds.

I love this goofy song! It’s so happy and its lyrics express such interesting darkness. There’s a line in here that I love: “People get held back by the voice inside them.” In the very beginning of the song, the artist whoops it up, a big scream. I imagine that this is Vin’s screech on the Golden Gate Bridge realizing it’s King Diego’s birthday. The ethereal “lalalalala” in the background gave me the idea for a line about starfish singing of the ocean’s great love.

I love the raw sexuality of this song, the rough and dirty electronic vibe. This is a song that rolls around in the dirt and doesn’t give a fuck, just gets up grinning and laughing, knocking clumps of mud off its grass-stained jeans. I’m not sure the lyrics are a great match, but I’ve listened to this song so many times, I can both hear and not hear the lyrics as I please.

I listened to this song while writing about Vin and Mai eating burgers in a townie bar, when they drove around DeKalb searching for a damned stalk of corn. This ain’t a pretty song – it’s a man’s song. Rough, raw, goofy and sensual.

Now that the book is finished and released, I have new associations. I always see Mai’s new bubba friends with him during this song, laughing, shoving each other around, drinking beer, and of course, playing tag in cornfields at night. They run and chase each other like little kids, teaching their wives and children how to run the corn with love for the earth. Of course, Randy uses this as an opportunity to chase down his wife and use the privacy away from their kids to make out with her while everyone else plays tag. But it’s not his fault. He’s a bubba in love.

I can’t think of a song that sounds less like New York City. The song opens with these whale sounds, a very watery, oceanic adventure. And then I remember Manhattan is an island.
This song appealed to me because it’s so regal, it’s so much like the main character, Terrance Altham. The song is big and strong, like Terrance. The powerful underlying sound makes me think of that Australian musical instrument, the didgeridoo. I guess that’s part of the appeal of this song and its relationship to New York. You can’t put New York in a box and say, “it’s this.” Of course it’s whale sounds, a didgeridoo, and a low, steady, electronic beat.
This song is skyscrapers and hard lives. “The big wheel keeps on turning. One man crumbles, while another relaxes.” I can’t think of a better way to summarize New York City. When I listen to this song, I see Rance Altham swaggering down Manhattan streets. People whisper and say, “It’s him. That’s the Butterfly King.”

This might be an odd choice for a book set in the desert. But honestly, there’s nothing reasonable in the relationship between music and what it inspires in us. There is only the relationship, surprising it in its strength, and the pictures music presents to our mind. Why fight it? This lovely song is the theme for King John.

This is a holy song, and burners consider Burning Man sacred space. Yes, some come to party and do drugs. Sure. But many come to worship the land, the spirit of survival, the power of human ingenuity. Burning Man is a prayer offered up to the future, a prayer for who we might become as a people.

When I listen to this song, I see people wandering the playa, laughing, talking, making new friends. Maybe they flirt with each other. Maybe they just say, “Great costume, you’re beautiful,” and walk away. This is the song of broken people loving each other the very best they can.

I also love this lyric in the song:  “The baffled king composing Hallelujah…”

Vin and Alistair spend half of this book baffled. Baffled by each other, by the circumstances, wandering (running!) blindly in the desert as half-broken men, hoping that grace will sweep down and pick them up. They are so tired…and all they want is to say hallelujah.

I don’t want to say much about this song yet, but enjoy this beautiful love song. I picture Vin in a tuxedo dancing around a restaurant with—nope. I can’t say anything else. Can’t.
But let’s not end this blog post on this slightly, bummer-feeling song. It’s a great song, but it’s a teeny bit sad. Let’s get happy.

Vin’s theme song:  “I Just Haven’t Met You Yet” by Michael Buble.

This goofy, happy song expresses Vin’s indomitable spirit. Yes, he’s tired of being a Lost King. Yes, he’s frustrated. But boy, there’s a part of him that is nothing short of a big, splashy trumpet parade. And when he finds that true love…he is going to dance. And sing.
Music can do that to you, create a parade in your heart exactly when you need one. 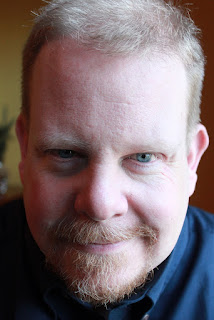 Edmond Manning is the author of the romance series, The Lost and Founds. The books in this series include King Perry, King Mai (a 2014 Lambda Literary finalist), The Butterfly King, and King John. King John takes place at Burning Man. 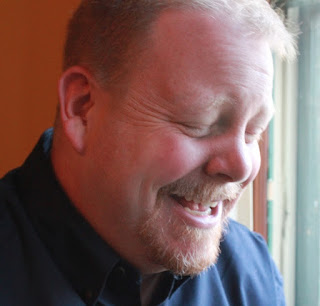 Winner’s Prize: An eBook copy of King John
(Leave a Comment here and then click the link below)
King John Rafflecopter Giveaway
* * * * *

Where to get your copy of King John: 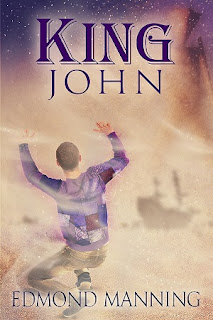 * * * * *
About King John:
English attorney Alistair Robertson can’t quite believe an astonishing tale of kingship and transformation he hears at Burning Man, the annual counter-culture art festival in the Black Rock desert. Who are the Found Kings? Is “being kinged” as magical as it sounds?
Determined to find the mysterious garage mechanic named Vin who helps men “remember who they were always meant to be,” Alistair catches his quarry amid the extravagant sculptures, fire worshipers, mutant cars, and lavish costumes. After searching for three years, he’ll finally get to ask the question burning inside him: “Will you king me?”
Wandering together through the desert, Vin Vanbly and Alistair explore Burning Man’s gifting culture and exotic traditions, where they meet the best and worst of their fellow burners. Alistair’s overconfidence in Vin’s manipulative power collides with Vin’s obsessive need to save a sixteen-year-old runaway from a nightmarish fate, and the two men spiral in uncontrollable, explosive directions.
In this fourth adventure of The Lost and Founds, beneath the sweltering summer sun and the six billion midnight stars, one truth emerges, searing itself on their hearts: in the desert, everything burns.
* * * * * 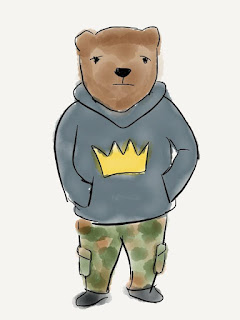