Something's been bugging me for awhile.  You know that meme that says, "I'm not gay but..."? There are a bunch of them, actually. They all have rainbow colors and sentiments such as:

I see them all the time and they make me cringe every single time. 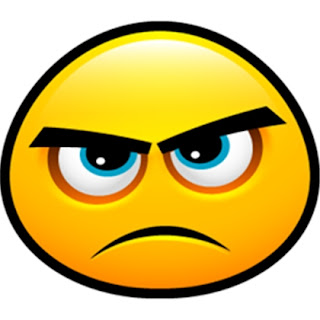 The wording is derogatory. It's a disclaimer.  It's putting the very people you support at arms length - at a separate counter - at the back of the bus.

Bullshit. Not when we're discussing people I love and care about.

To me, saying, "Okay, first of all, just so everyone's clear, I'm not gay, but, I support gay people" is drastically different from saying, "I'm straight and I support LGBT equality."

Not a perfect one, by any means, but, like anything else in life, I'm learning, and I know I've made some mistakes, but I also know I've changed a few hearts and minds along the way. Like everyone else, I'm a work in progress.

"But wait," you say again. "Is it necessary to even say straight ally, then?"

Yeah, I think it is. Because I was born at the tail end of the civil rights movement in a town dubbed "Caucasian Falls" (proudly dubbed, mind you) and I remember the talk at the dinner table and I'm ashamed of what side of the argument my parents were often on.  I remember the marches and the riots. And, later, I remember learning about the Freedom Riders.  If you don't know about them, I highly recommend you check out the info and the full length movie here. 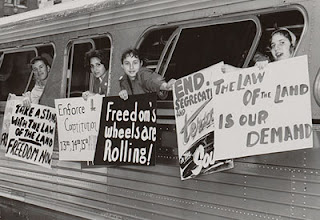 In a nutshell, the Freedom Riders were a small, brave group who rode buses through the most highly volatile and segregated areas of the U.S.  What made this an unusual act, is that blacks and whites rode together - on the same bus - and (gasp!) even sitting next to each other - as if they were, you know... equal.  An unheard-of idea back in that time. 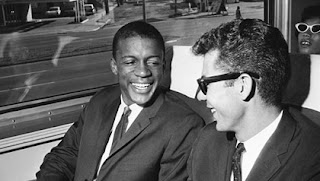 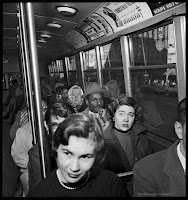 Had those buses carried blacks only or whites only, they would've gone totally unnoticed. But a handful of white people stepped up and stood behind their belief that: It's not a black thing. It's not a white thing. It's a human thing. It's worth fighting for. (Sound familiar?) And a handful of black people were brave enough to ride on those very same buses, knowing full well when their bus stopped, they would most likely get the worst of any beatings being doled out. It didn't stop them - any of them - black or white. They got dressed up and they got on those buses. (As it turned out there were equal opportunity bigots waiting for them and the whites got beaten too.) 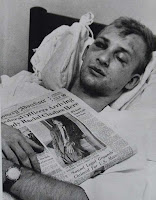 No matter what the cause, change and awareness doesn't begin to happen until members of the majority add their voice. Doesn't matter the topic. Pick one: Autism Awareness, Breast Cancer, AIDS, Homeless Veterans, Victims of natural disasters like earthquakes and floods, animal abuse... It's not until people OUTSIDE of the issue start to say to their family and friends, "Hey. Are you aware of this? These other (humans / animals / living breathing beings) need help," that things start to change. Little by little other people get on board and suddenly the scales start to level out and then gradually tip in the other direction. 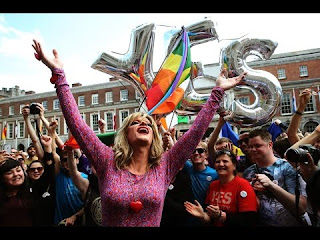 Look at what happened in Ireland last week. I feel relatively safe in saying, without looking it up, that 62% of Ireland isn't gay. (Edited: I got curious. According to this article in The Irish Times and these statistics on Wikipedia, it's anywhere from 4% to 10%). In other words, the majority of YES votes weren't LGBT votes - they were overwhelmingly straight ally votes. Seeing the pictures from Dublin that day, my first thought was, 'I wish I was there'. Not only because I'd love to travel to Ireland to finally meet my beloved co-writer, Helena Stone and her ornry hubby, Dermot, in person, but to actually have been there soaking up all the energy of that moment.

When I was a pre-teen, my mom used to look at me, decked out in my amber sunglasses, peace sign t-shirt and bellbottoms and say she was glad I wasn't born sooner because she knew I'd have been marching right along side Dr. King or those kids at Kent State.  Even as a twelve or thirteen year old, I knew she was right.

I still have a fascination with Kent State. I was a little kid, but we had close family in Kent and I remember it all as it happened. As an adult, I went there to do a geocache and was approached by a professor who'd been there as a student on that tragic day in 1970. He told me his perspective. He pointed out the bullet hole in the iconic metal sculpture we were standing next to. 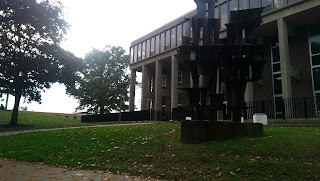 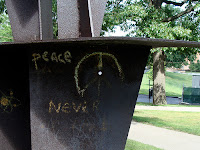 When you are actually standing there and you see how far away the students actually were from the Guard... you can't help but wonder... why were any shots fired? 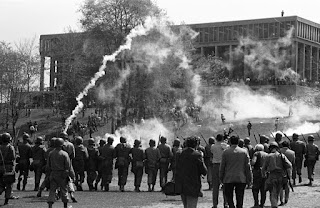 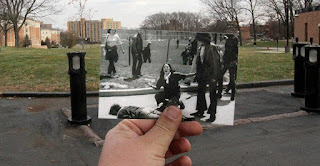 I've stood in the exact spot the famous photo of Mary Ann Vecchio kneeling over the body of Jeffrey Miller was taken.  I've driven through the parking lot that requires you to steer around the awkwardly placed memorials of the four students Crosby, Stills, Nash and Young sing about in the song, Ohio and a piece of me wishes I'd have been there.


Yep, Mom was right. Had I been old enough, I'd have probably been 'there' - maybe not specifically Kent State or marching with Martin Luther King, but 'somewhere'.

Looking at the pictures from the 1960's, it doesn't even seem right to sit here in comfort behind the safety of my computer and say I'm an ally. I'm not boarding a bus, or protesting in front of the National Guard or taking my life in my hands, but I'd like to think that we've all evolved a bit and those type of protests are no longer necessary. We don't have to yell and scream anymore. We still use our voices, but in a different way. When I hit "publish" these words can literally be heard around the world in seconds.

Looking at what happened here in the 60's and last week in Ireland makes me proud to know that when (not if...when) my friends - all my friends - are treated equally - not just under the law, but socially as well - my straight ass will have been along for the ride - no 'but's' about it.

(Oh, and by the way, the pic of the two guys on the bus? Definitely my next plot bunny, so don't even think about it.)