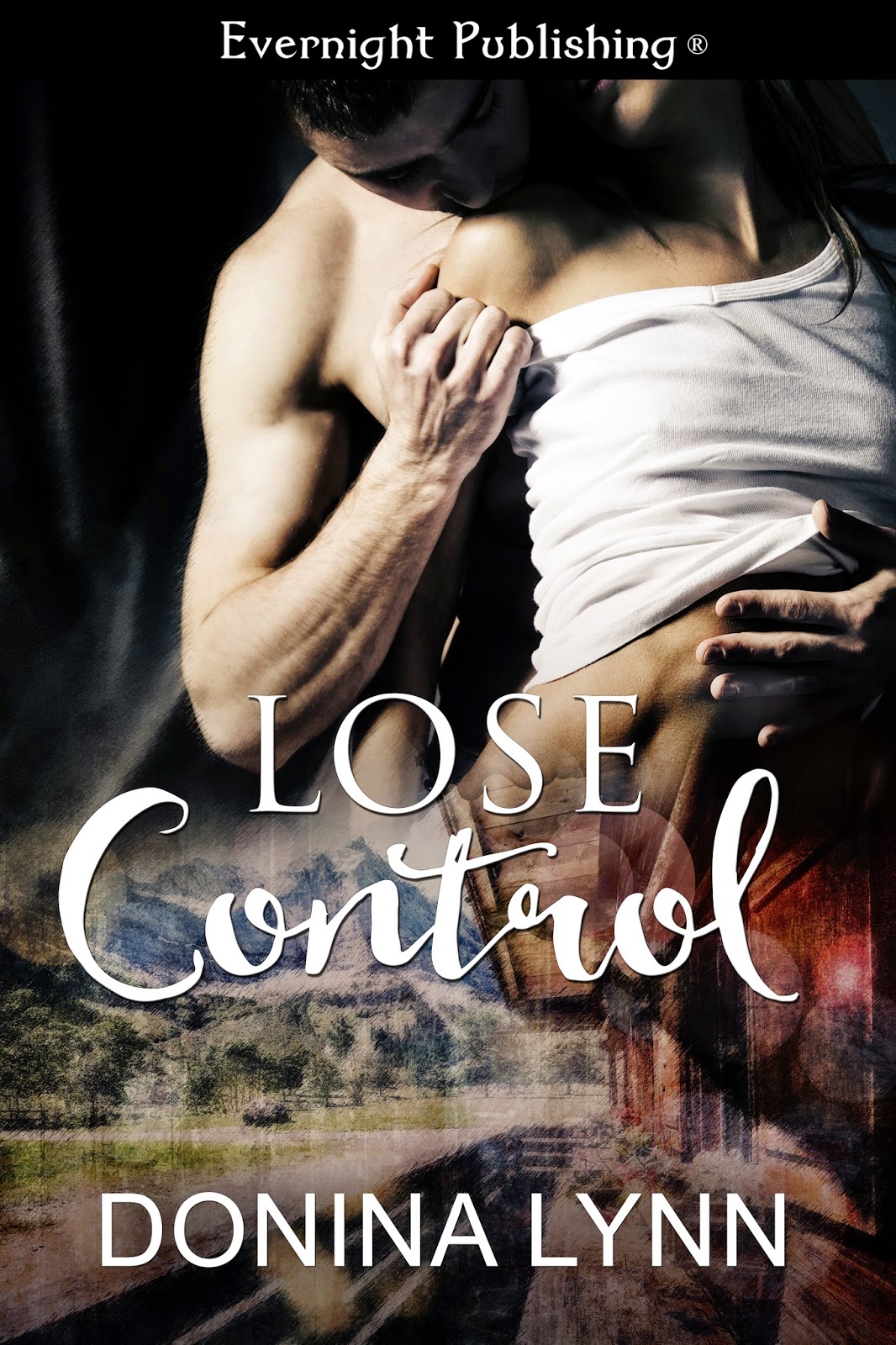 Thank you for having me here today! I'm so excited to be sharing my new release Lose Control with you!

Myles and Cassie's story isn't about wine and romance. Their journey is about finding love with someone who you not only click with personally, but physically as well.

Let's be honest, when it comes to sex, we all have our likes and dislikes, right? We have our preferences and what we're willing to do. On the flipside, we also have that list in our heads of dealbreakers that when mentioned make you want to run in the other direction because there's NO WAY you're giving that a try. Kink-meter has officially been pegged, thank you very much.

Lose Control is about finding that person you're compatible and comfortable with. The one who has the same wants and desires, and is perfect for you both in and out of the bedroom. It's about falling for someone who can love every part of who you are ... even if some of those parts can be a bit naughty. ;-)

Myles Oliver Dayton likes control in every aspect of his life. He desire it, demands it, demands it in the board room and his bedroom. But when his teenage crush walks into his office to be his temporary assistant, the tight restraint he kept on his emotions starts to come undone. Something he couldn't allow. His idea of love is demanding and possessive, and in the end there would only be pain - for both of them.

Cassie Sorrelson grabs onto opportunities when they come along and assisting Myles with all his demands is an opportunity she isn't about to pass up. Sexy and controlling, he has her breathing hard and soon yearning for more than a few days together at the corporate retreat. When he suddenly pulls back, though, and refuses the desire she knows is running hot within him, Cassie is going to have to work at getting what she wants ... making Myles lose control.

Myles closed his eyes and took a long, steadying breath. Cassie begging him, pleading with him to take her was playing havoc with the restraint he prided himself in. He never lost control. In fact, he did what was necessary to make sure he never even came close. This sudden willingness to loosen the tight hold he held himself in check with was a temptation he shouldn’t even be considering. Taking another breath, he buried the feeling as quickly as it surfaced and leaned back to face her. “I haven’t begun to punish you. Turn around.”
When she turned, he placed his hand between her shoulder blades and gently pushed. “Bend over, hold on to the handles of the chair, and spread your legs.”

Myles clenched and unclenched his fists while he watched Cassie’s long hair cascade across her shoulders and fall around her face as the line of her back drifted lower and her firm ass rose. The picture she created before him—vulnerable, exposed, and so unbelievably fucking sexy—had him strung tight and ready to break. But when his eyes finally registered the thin piece of material that didn’t even come close to covering where the globes of her ass met, he felt himself snap.

She wore that to the beach? That wasn’t a bathing suit. The damn thing was barely a step above a thong, exposing every inch of soft, white skin on her perfectly rounded backside. Myles didn’t have to think hard to imagine the effect it would have on every man she sashayed past. Possessive jealousy rippled through him at the thought of other men drooling over her and being able to get a glimpse of what he was seeing right now. Mine. The word shouted in his head as a fierce need to stake his claim overtook him. It wasn’t about staying in control anymore. It was about him showing her she fucking belonged to him. And by the time he was done, she was going to know just that.

Myles hooked his finger under the flimsy piece of material and ripped it in two.

Cassie’s head flew around. “Hey. What the hell do you—”

A warning rumbled low in his chest, cutting off her words. “What am I doing, Cassie? Is that what you want to know? You disobeyed me. What do you think is going to happen next?” Myles placed himself at an angle, wrapping one arm around her abdomen to support and keep her still as his other hand came to rest on her ass. “You’re going to remember who commands this body. I’m going to fucking make sure of it.”

Wide, shocked eyes looked back at him. “You wouldn’t.”

ABOUT DONINA:
Donina Lynn lives in a small rural Pennsylvania town with her daughter and German Shepherd. Coincidentally, it's the same town where she grew up. There was a time, however, when she ventured away from her home and moved around a bit, crossed a few state lines, and got a degree or two. But, eventually she found her way back to where it all began.
When she's not at her day job, hanging with her family, curled up with her Kindle, or typing away at the computer, you can find her infront of the TV watching anything paranormal, sci-


fi, or a good action flick. Respect and admiration go to any show or movie that can incorporate explosions, big guns, some ass-kicking, and gratuitous butt shots.
Her addiction to romance novels started as soon as she could turn a page and has carried with her until she decided it was time to fulfill a promise she made to herself and give writing one a whirl. Her goal is to create stories and characters that the reader can relate to, laugh with and have them routing for that happily-ever-after. If there happens to be a few steamy scenes, well...that's just an added bonus.