Come with me as I make the rounds with Dragons!

(I'll also be giving away an Evernight gift certificate, so be sure to enter the Rafflecopter at each stop!) 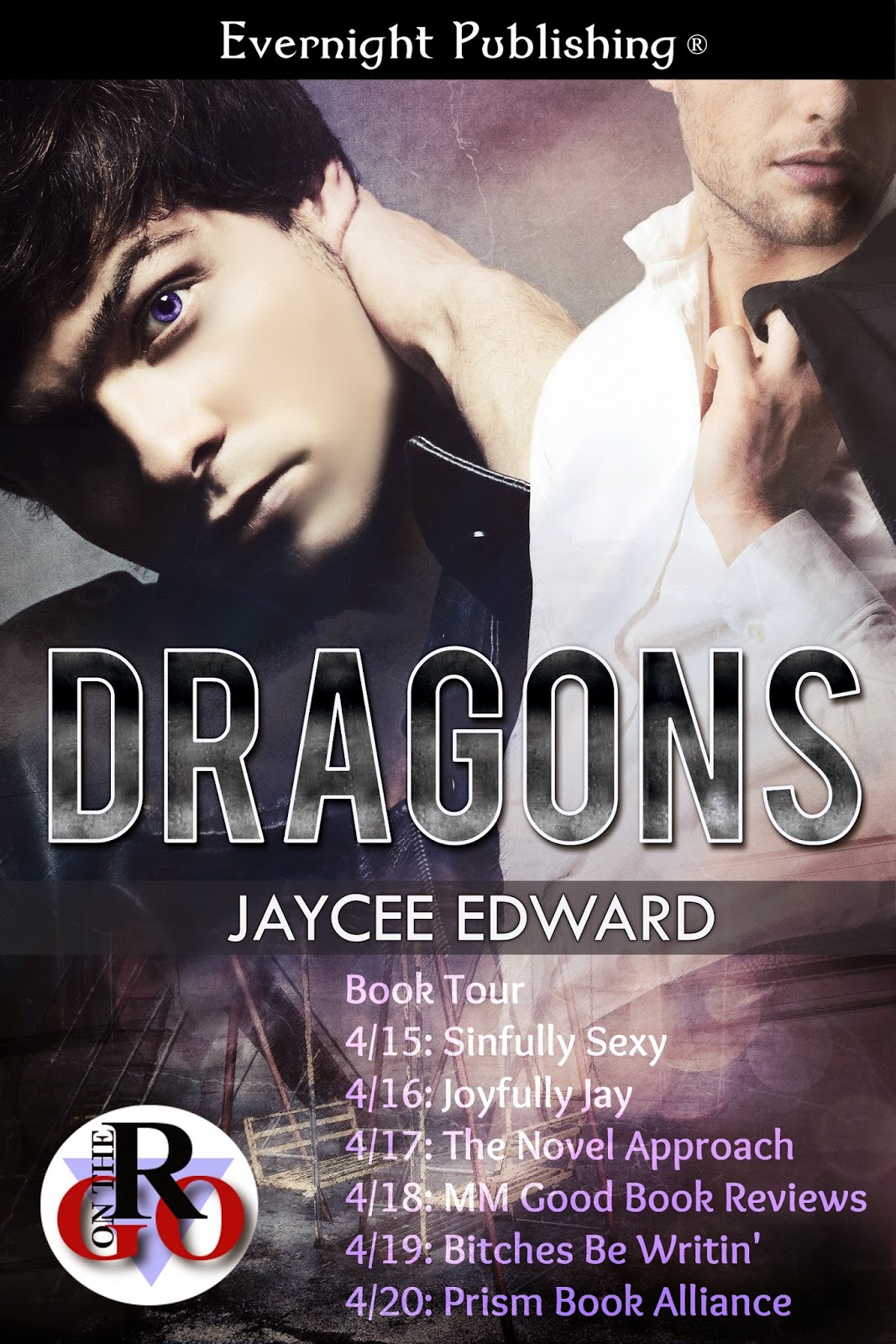 A chance encounter in a hospital waiting room between twenty-two year old Will Messina and sixteen year old Josiah Pinkerton ends with a gift of a stuffed dragon off the hospital gift cart and a memory neither of them can shake.

Five years later, when a lonely, buttoned-up Will ventures into a gay club, he spots a pale, leather-clad specter with violet eyes tracking his every move. Will realizes he’s being watched by the grown version of the boy who’s haunted his thoughts for years.

Joey recognizes Will, but he’s no longer the sweet, brown-eyed boy worthy of Will’s attention. He’s damaged and defective and lives in a different world than Will now. When his childhood crush makes his way across the bar, Joey doesn’t have time to decide whether to be enchanted or dismayed because, unless he turns and runs, those worlds are about to collide.