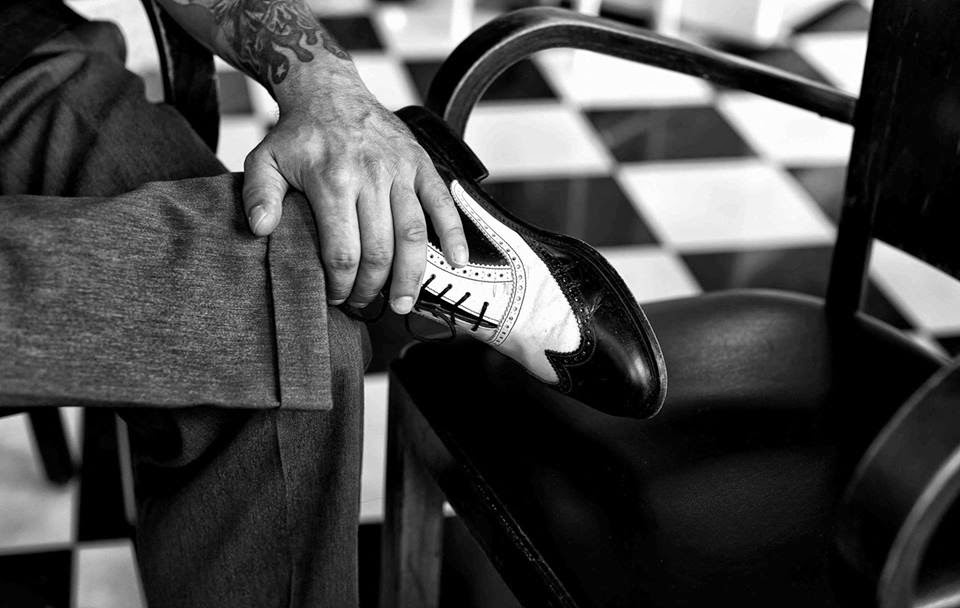 He slapped a hand on his ankle in an effort to keep his foot from flipping; the twitch revealing his nervousness.

Picking a piece of lint from the finely tailored trousers and tracing the perfect crease down to the cuff, he pinched it for good measure.  He’d already managed to scuff the black and white zoot shoes that had been dropped by messenger at his home this afternoon. A sealed note had been attached to the garment bag, instructing him to pair the shoes and trousers with the starched white shirt, also enclosed.

Checking the clock on the wall, he swallowed. He’d be here any minute - the dashing man who’d brought his brand new, 1935 Dusenberg Model-J into the garage yesterday and proceeded to hover over Rodney as he analyzed and found the source of the expensive car’s oil leak, while the spice of his cologne mixed with the smell of grease and gasoline.

To Rodney’s shock, the man did nothing to hide his attraction, instead, going out of his way to make comment after comment of thinly veiled innuendo. “I knew the moment I laid eyes on you, you’d be able to… handle my leak. You’re good with your hands.” As Rodney wiped said hands and bent under the hood to make his final inspection, the man bent with him and whispered in Rodney’s ear.

Rodney looked at him as if he were insane.  It was unheard of.  Not to mention, they obviously had nothing in common. The man’s eyes glittered with arousal. Okay, maybe one thing….

Now, as instructed by the note, Rodney sat alone in a dance studio lobby. He stilled his hyperactive foot again and fantasized about how it would feel, to press his awkward, mechanic’s body full-length against Thornton’s and dance.

“You must be special.” The dance instructor startled him out of his daydream.  Rodney had forgotten he was even there. “Thornton bought out my entire studio tonight. Paid the fees for an entire class of students even though I only had six signed up. He paid those people triple the cost of their class not to show up.” The handsome young man made a show of eyeballing him up and down and jacked his brows once when done. “We go way back, Thornton and I. Grew up together. Only two gay men in this backward little town, so we have… history… but we were never more than a convenient hookup for each other. Says he found you in the city, but you don’t look city to me with those tats.”

The snick of the door latch rendered Rodney’s answer unnecessary as he stared at the gorgeous man who’d just walked in.  Thornton was dressed to the nines and Rodney’s heart thudded and snakes slithered in his belly. Never had he seen a man as attractive or one who stared back with such naked hunger in his eyes.

Thornton crossed the room in three easy steps and held out his clean, smooth hand.