I just passed the 3-week mark!!

I still miss it.  I still wanna' smoke really, really bad, but I haven't.  Not even one puff.  I actually called my neighbor yesterday and begged her to come outside and smoke around me so I could see if I could handle it.  And I did!  I'm obviously not to the point of other ex-smokers.  It certainly didn't smell disgusting to me.  Quite the opposite.  But it didn't make me act like Edward Cullen and run for the house like it did a few weeks ago.  I don't wanna' say I got this, but, looking back at how I felt on Day 1, I definitely think I CAN.  Whether or not, I DO is entirely up to me at this point.

In those first few days...it was YOU guys that kept me from caving in.  My first post asked for a pat on the back and almost instantly, I got this graphic from Kathy Kyle Mcfarland﻿.  It made me laugh when I didn't feel like laughing. 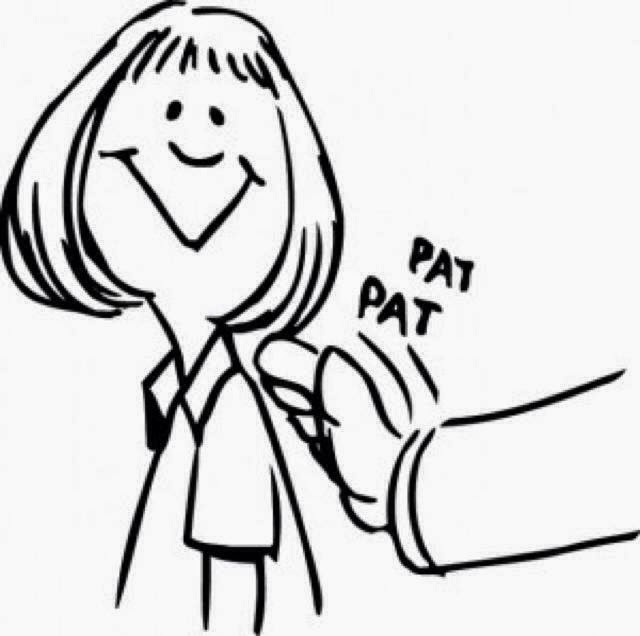 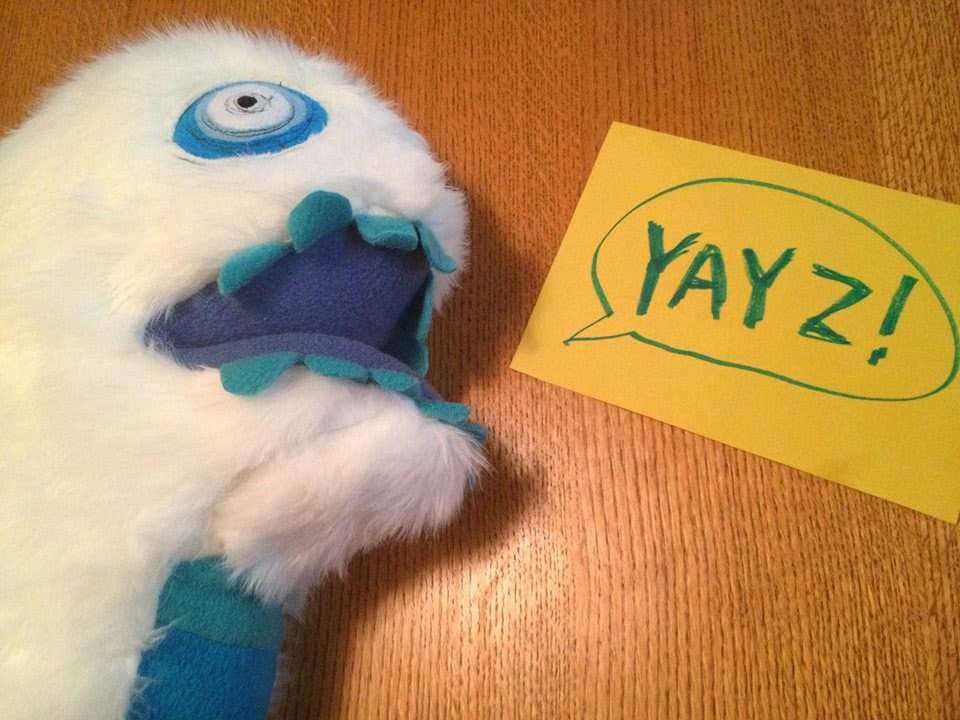 Not long after, Edmond Manning﻿ sent me this pic of Huggstibles.

I know I showed you those before, but sometimes it's the little things.  Those two pics live in the very bottom right corner of my desktop now.  I make sure they are never covered by another window.  They may not seem like much to you, but to me, they are what I draw strength from when I feel that I'm on the edge.

Someday I might delete them.  More likely, I'll move them to some virtual folder, created for things that I no longer want to see cluttering my desktop but that I'm just not ready to delete forever because the very first time I saw them they moved me in some profound way.  For now, though, they are still there in case I need them.

There are so many of you that offered me support in the first few days and continue to do so.  Round about Day 3 or 4, I quit posting about it every hour on the hour.  It was no longer consuming EVERY thought.  Several of you PM'd me.  A dozen little chat-windows asking if I was still doing 'okay'.  Those have tapered off too.  I know you haven't quit caring.  I think you just have faith in me now and that makes me proud.

I felt bad for my neighbor yesterday.  She's my former smoking buddy and she really wants to quit too.  She told me she's really proud of me but my quitting makes her feel bad about herself.  I get that.  I remember seeing posts from high-school friends that I used to smoke with - touting their non-smoking milestones: 12 hours / 1 day / 2 days / 1 week / 1 month / 1 year, etc.  I would always comment with a smiley face or "That's great!"  But inside I was pissed at them.  Their proud little post was making me feel like even more of a loser than I already felt for having smoked my whole life.  Part of me hoped they'd fail so they'd 'come back to the dark side'.  I give my neighbor credit for admitting to me that she's embarrassed to smoke in front of me now.  Her first grand baby is due soon and she vowed she will never smoke around the baby or wear clothes that she has smoked in when she holds him/her.

I did that too.  My grandkids never knew I smoked until 3 years ago when we all went to Disney World together for a family wedding.  They were teenagers and they'd be hanging out with us; there'd be no way to hide it.  That's saying a lot, considering they lived right across the street from us for the first half of their lives.  It's also why I never had them spend the night with us or take trips with us.  In hindsight, I regret that more than anything.

My neighbor told me that she is going to quit and the baby is her motivation.  She also said when she does, NO ONE will know for the first year - except me - she'll tell me.  She said she will still come outside and make her family think she's taking smoke-breaks because she doesn't want them monitoring her.  I totally get that too.  I told her that at first I didn't tell any "real people" - not even my husband.  I told her about you guys.  I told her about how I never could have done this without all of you.  She's not online in any capacity, so she won't have that virtual lifeline.

Hopefully she'll do it sooner, rather than later, because I miss her.  I don't know where she's going to smoke now - probably in the garage or something, which no doubt makes her hate herself even worse.  I know she's avoiding me.  Partly because she doesn't want me to smell the smoke, but mostly because I'm making her feel bad about herself.  :(

I do hope when the time does come, I can be for her what you all have been for me.  If I can, she's so got this.