I'm not a book reviewer and this is not a book blog, but I just have to do a little raving about Theo Fenraven's newest release.

First of all, I was beyond thrilled when Theo asked if I would be willing to beta the book for him.  Uh...hells yeah!!!  I mean, that's a no-brainer, right?  More than thrilled though, I was totally honored.  Then I had to admit to him, I really had no clue how to beta "professionally".  He was patient with me and I actually had a lot of fun interacting with him as he went through my notes.  I guess I did okay because I even got a mention in the dedication, which is the first time that's ever happened to me.  There was a lot of squee-ing going on last night when I saw my name in print - ha!


I hate to say I don’t read paranormal/shifter stories - especially since my most recent addiction to reading was sparked by a somewhat unhealthy obsession over the Twilight series.  Let’s just say, I’ve moved on and they no longer hold the same allure for me they once did.  And, besides, I was never Team Jacob.  So, when Theo said he was writing a shifter story, I’ll admit – I was a tad disappointed.

Then he posted the cover reveal and I was instantly intrigued.  Theo Fenraven is not only a talented author, but he creates some of the most gorgeous covers I’ve ever seen.  I was now drooling and slavering for this book. 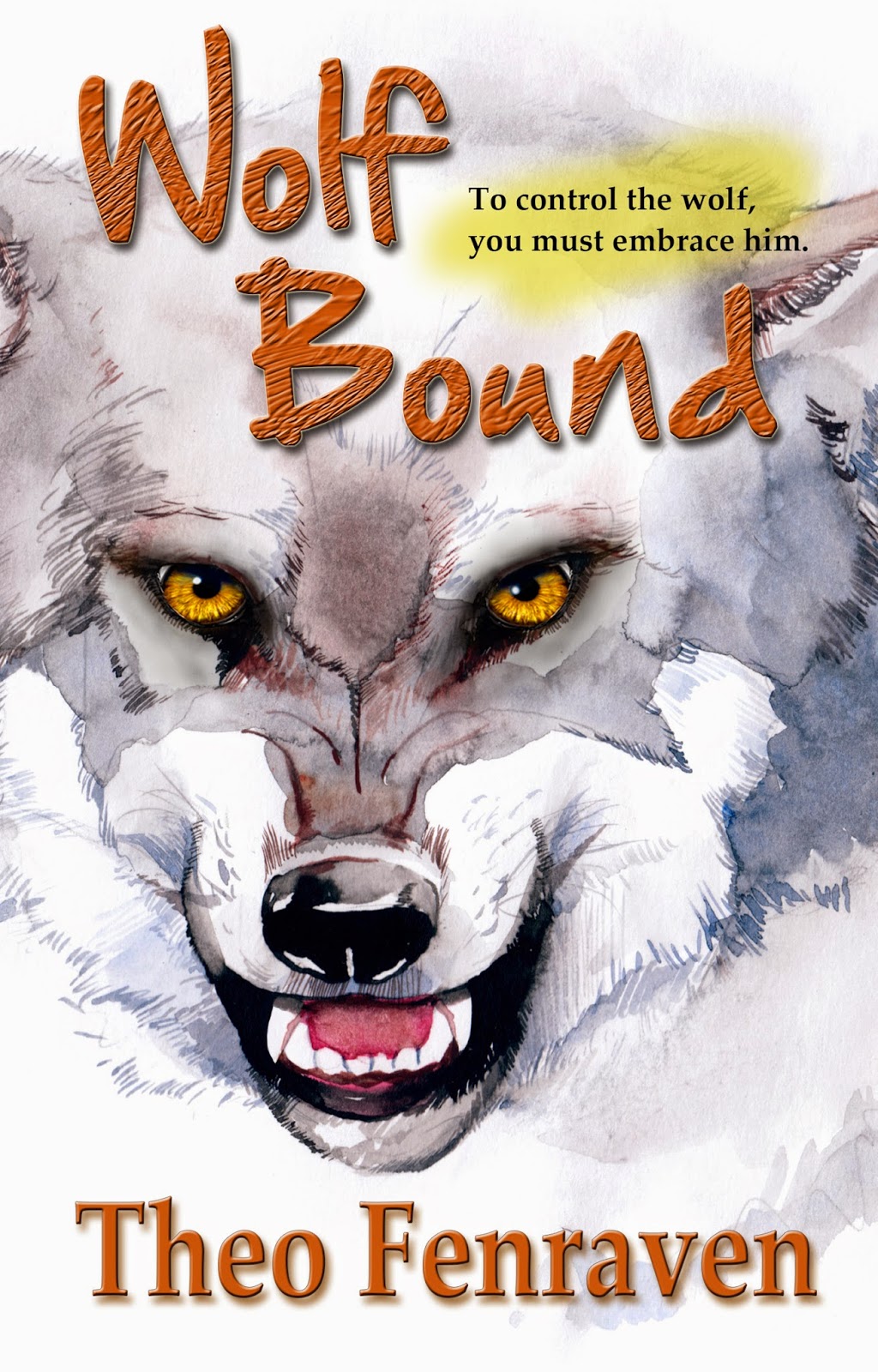 Any disappointment I might have felt before, vanished the moment the wolf howled.  I was hooked with no possibility to escape.  I was reading this sucker until the end and not putting it down.  From the early reviews I’ve seen, others of you are devouring it just as quickly.  It’s only been released for a few hours and already I’m seeing rave reviews.

I’ve said this before, but unless you read Theo’s words for yourself, you won’t understand, but his fans will know exactly what I’m trying to say here.  Theo writes such clean, smooth, beautiful prose that it’s not even like reading.  You are there – in the moment with his characters.  You feel with them, you see what they are seeing.  No long, boring descriptions from Theo… ever.  The scenes are painted for you stroke-by-stroke, word-by-word and it’s effortless.

While most paranormal stories require a certain amount of ‘world building’ and imagination on the reader’s part, Wolf Bound requires none.  I was immediately in Jon’s world because it’s the exact same world I live in.  I never had to suspend my grasp on reality to put myself in the story. I was on the edge of my seat until the end and I fully believed, while reading, it was entirely possible that one of my neighbors could be a werewolf.

There are lines that made me laugh out loud.  I won’t share them because I don’t want to spoil anything about this book for you.  Suffice it to say, I still remember them and that’s saying a lot.  Several times I got goose-bumps and at one point, I literally gasped so loud my husband came to see what happened.

The romance between Jon and Harrison is natural, believable and tastefully done.  No Tab A / Slot B.  This is another thing that makes Theo’s works stand out from the crowd.  His stories are never about the sex, although sex always plays a major part.  With every book of his I’ve read so far, the fact that the main character(s) are gay is never the root of the story.  It’s almost an afterthought.  They could be straight (or crooked, or whatever…) and it wouldn’t change the story in the slightest.  This is probably why I love reading his work - because it’s how I want the world to be.

Part of me wants every one of you to discover Theo’s wonderful words and part of me wants to keep him to ourselves – those few of us who “know”.  Other Fenraven fans will get this too.  But in the end, I guess the only way to change the world is to let other people read his words and see that being gay shouldn’t be any different than having blond hair and green eyes – it doesn’t change the story.

Theo, if you’re listening, I would love to see a sequel to Wolf Bound.  I’m not quite ready to let go of Jon and Harrison and I’m rabid to know what the future holds in store for them!